What the Olympics have Done to Competitive Curling in Canada


What the Olympics and Slams have done to competitive curling in Canada: 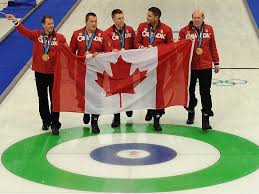 Quebec Regional playdowns to get to the Brier begin in a few weeks. This year, only 25 teams will compete to try to represent la Belle Province. 10 years ago, this number was in the 100s. I hear that other provinces are facing similar declines. I saw an article where Ontario tankard participation has fallen below 100 teams for the first time ever, from over 200 teams a decade ago. What has happened to competitive curling? I thought the Olympics and the wall-to-wall TV coverage of the Slams and the Canada Cup would result in a curling Golden Age! Instead competitive curling is becoming a niche sport, practiced only by the lucky few.  Sure demographics and society have played a part in this decline, but I believe the core of the problem lies outside of these excuses.

I am going to make a statement:

The evolution of curling as an Olympic Sport, and the development of a professional curling tour has been good for the development of the top 10 teams in Canada, but has been brutal for the next 500 or so best teams.
Not a lot of people talk about this, but the Olympics and the Slams have created 5-10 or so uber-teams of professionals who curl for a living. They cash in big sponsor cheques, they play for big prize money at Slams and receive tax-free funding from the CCA as carded athletes.

While this has resulted in teams that are better prepared, better coached and better trained than ever before, it has all but killed the next level down. 10-20 years ago, lots of teams could compete in well-sponsored and well-attended cashspiels, like Florenceville (sponsored by McCains), the Welton Beauchamp in Ottawa and a number of other reasonable payout cash tournaments across the country against the best teams in Canada. These were big, well-funded sponsored events.

These tournaments no longer exist. The Slams have eaten up all the big curling sponsor money. The top teams have eaten up a lot of sponsor money too, and there is far less left for the next level down of teams to compete for. So fewer teams can play the cash tour, and aspire to get better. Also, the big events that are left seem to assume that everyone is a pro curler with unlimited time off. Events commonly start on Wed or Thursday, with only the finalists playing on Sunday.

So teams that are ranked, say, 11th to 500th in Canada basically have 2 choices:
- give up the dream of the Brier (especially if you live in Ontario, Manitoba or Alberta)
- Try to crack the lucrative top 10 – which means extensive travel, (forget about trying to keep a day job!), practice, and competing initially against guys are far-better funded and prepared then you will be. And more practice.
Sadly, it seems that most teams have chosen Option 1.

It seems to me that the lifeblood of curling used to be that next level down of dedicated “amateur” curlers who played on weekend and when they could for the love of the game, not to make a career out of it. These curlers filled the clubs. The masses helped keep the CCA afloat. But these teams have gone.

I was talking to Jean-Michel Ménard a few weeks back at a spiel. I asked him why he has not played in a Slam in a while. His response disappointed me: To paraphrase him: “I need to pay my entry and travel costs, I need to get a few days off work, in order to arrive last minute at a spiel and play against guys who have not paid a cent out of their pocket, and have been at the site practicing on the ice for 2 days. I feel like I am funding them.”

If the current system seems to have discouraged the best team in Quebec, and a former Brier Champion, then I suggest the system is flawed.
What is the Solution? Not sure. But I think the CCA needs to think about how it funds elite curling in Canada, and the effect that it has on those who find themselves on the outside of the funding gravy train.

In short, less events for the chosen few, more money poured into the next level down.

Like all curlers, I love the fact that curling is an Olympic Sport. However, I love the game too much for it to become like Bobsleigh or luge or other Olympic Sports: a sport that only a few elite athletes play. The CCA and the Slams have done a phenomenal job at raising the profile of the sport, the level of sponsorship and the level of play. Maybe it is time for some teams outside the chosen few to benefit from this success for the overall good of the sport.
Posted by Mike Fournier at 3:47 PM 24 comments:

With Jacobs easily winning the Trials, there was definitely a changing of the guard moment in Canadian curling. I guess it had to happen eventually. At some point, Werenich, Lukowich, Peters, Folk, Ryan and all the great names that dominated the scene when I started curling gradually vanished from the scene. It is inevitable. But I don’t remember them leaving. They just sort of got old, and vanished.
But at the Trials, it happened right in front of us. Stoughton and Howard just got old. They looked old. They looked discouraged. They could no longer dominate the way they did before. They spent the week waving goodbye. Teams like Jacobs, McEwan and Morris looked young, looked like they could throw the rock harder and sweep it further than the old guys. Evan Martin looked tired.
Do curlers really get old? I have always believed that the peak age for curlers is in your 30s. You still have the physical abilities of the younger players, but you have developed the emotional maturity to handle the pressure and stress of competitive curling. So by curling standards, I am old.
I am impressed these days that the younger teams seem more mentally prepared than 20-something curlers were 20 years ago. IT seems that improved coaching, more curling on TV and better experience seem to have given a lot of the younger skips the confidence and craftiness that used to take you a career to develop. The Slams have probably helped, giving the top younger teams many more opportunities to play the best of the best.

Best moment from the Trials:
Johnny Mo calling the draw to the open side, thinking Jacobs would not play the double. He then stands dumbfounded as Jacobs calls and makes what was a pretty easy looking double for two to all but seal the game.
Morris could have tried to instead bury a piece of his draw around Jacobs’ rock in the top eight, which might have left a nasty slash double for 2 or 3, but it surely would have been harder than the double he left.
Still, I liked the call, but would have put the rock about 6 inches deeper and 6 inches further off the center line to make the double tougher. Either way – it was a fascinating bit of curling psychology in action, with Morris loudly saying: “He would never play the double.” He was saying this as much to Jacobs as he was to his own team.
Shot of the week:
Despite being the weakest team at the trials, Epping made the best shot of the week; a crazy draw to beat Koe first game. He had to draw around a rock biting the top of the button to score his one. Next time you are practicing – go and try that shot. See how many times you have to throw it before you make it.

The Women’s was also interesting, but turned out to be more of a coronation for Jenny Jones. This is the best team in women’s curling.
Rachel Homan was nowhere near the form they displayed at last year’s Scotties. It could be that it meant too much to them. It came down to the fact that they could not draw. They could hit. But to win in curling, you need to be able to draw. At that level, you can miss maybe one draw per game. They were missing one per end. It got to the point where Rachel was afraid to draw, throwing hits to win games where most teams would have opted for an easier draw.
Sherry Middaugh took a nice run, but looked very much outclassed in the finals. Still trying to figure out what she was playing on her last rock in the 7th (where she gave up an easy 3). The freeze was almost impossible, and yet she had a 4 foot runback that she did not even look at. I guess the pressure got to her a bit (understandable), but I am sure she is asking herself the same question.

Still laughing at Matt English – a blogger who wrote a scathing review of all the teams at the trials. A brilliant piece of writing. Worth a read, even after the trials. It definitely highlights the soap opera of competitive curling that does not get a lot of airplay.
Here is the link:

A haters guide to curling the 2013 Roar of the Rings

Got a little sick of the sanctimonious Jenny Jones WFG commercial about her sponsor supporting her after she blew out her knee and got preggers with Laing’s child. I do not pretend to know how that happened or any of the back story, but if I were in her shoes I would have a hard time looking into a camera and talking about a commitment to family. Yeesh.

Meanwhile in Quebec, I will be playing the Vic Open this weekend, a tune up for Provincials with all the big Quebec teams and strangely the Chinese Olympic Team! Should be an entertaining weekend.

I hear that Quebec is once again looking to re-align the qualifying process for the provincials, which seems to be dropping teams at an alarming rate. This year I believe only 24 teams will vie for a spot at the Provincials (and 8 of these teams are from Abitibi). Not sure if this might be related to the fact that Provs this year will be held in Val D’Or.

In case you are not up on your Quebec geography, Val d’Or is located about a few hours North of, well nowhere. It is a few kilometres South of Santa’s North Pole toy production facility. Fortunately, elves who are not qualified as toymakers for Santa can find employment working as miners in Val d’Or’s open-pit gold mines, or as hunting and fishing guides.
(Expected overnight low in Val d'Or this weekend: a balmy -30 C)


Posted by Mike Fournier at 2:50 PM No comments: