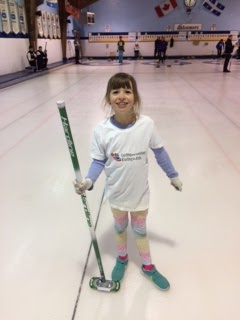 Posted by Mike Fournier at 9:45 AM No comments:

So, as promised, I said I would blog a bit from our tournaments. So here I sit in our Airbnb at midnight, after lots of curling, awaiting our C game tomorrow in the Stu Sells Oakville Classic against Kyle Smith from Scotland.

How is it going? Well we are a solid 2-2, having played 4 teams that are higher ranked than us so far.
We beat Tom Brewster from Scotland, lost to Pat Simmons, beat Dayna Deruelle than lost to Greg Balsdon. All in all not bad, given that all of these teams are theoretically higher ranked than us. But we need 2 more big wins tomorrow to bring home some cash.

This a cool event. There are teams from Korea, Denmark, Slovakia, the Czech Republic, China, Scotland, the US, Sweden, Russia, Japan, Switzerland and possibly even Canada, with many teams prepping for the upcoming winter Olympics.

So what have I learned curling with Olympic hopefuls from around the world?

Anyway, hoping we can pull out a couple of wins tomorrow.

Sorry to hear of the passing of Marco Ferraro last week. My condolences to his family.
Marco represented Quebec at the 1989 Brier in Chicoutimi, and at a senior national a few years back. He was the head of Curling Quebec for a number of years. But he will best be remembered for being a man of ideas.
While I did not always see eye to eye with Marco in his days as head of Curling Quebec (you can look in my archives and find a few angry blogs with his name in the title),  I always respected the creative genius that he brought to our game.
Curlers do not remember the days of sliding from holes in the ice that often got icy and slippery. Marco invented the modern hack, which of course bears his name. He always looked for ways to make the game more exciting, more marketable and more accessible.
Marco was always full of ideas, passion and love for the game. He is one of the great characters that always pushed the envelope and challenged the status quo. You had to admire him for that.
He will be missed.

So I watched a bit of the Everest thing on TV last week. I have to say, as a curler it was painful. Apart from Gushue, everybody looked in very early season form. Games were won more on misses than made shots, and the cheesy “I love my new temporary team” moments were awkward. Although they were playing for a winner-take-all $200K purse, consensus seems to be that there was likely some behind-the-scenes split of this among participating teams. So basically, this was a televised early season training game and cash grab for the top 4 men’s and women’s teams in the country. Blech. Truly painful to see an earnest corporate sponsor putting their money into curling, but in such a contrived way.

Also for a game that is increasingly trying to market itself to younger curlers, it is rather troubling that all of the event sponsors were either funeral services, reverse-mortgages or home insurance. Next we will have the Acorn Stair Climber Invitational followed by the Cialis/Viagra Hurry Hard Classic.
Seriously though, I have a hard time watching a new sponsor pour that much money into the game with so little benefit for the game.

So one interesting thing that did come out of the Everest thingee was the 2 point-pin shot. For this event, they introduced a rule that if your rocks covered the screw hole (the very middle of the circles) it was worth 2 POINTS. This might not sound like much of a change to non-curlers - like a three point shot in basketball – but it totally changes the game.
While I am always open to changes that could make the game more interesting, this one seems like a no-go. It is just too much of a change. So much of the game is managing the scoreboard at the end of a game – controlling the hammer. But this rule makes that impossible.
It did make it more interesting for the Everest event, likely because there were a lot of misses anyway, but I am thinking that this rule might encourage the best teams to keep it even more open, and then draw for a risk-free 2 every end. Or not. Who knows? Just seems like a wildly radical rule change.
Changes like the 5-rock rule are made to encourage more offence – but the game stays fundamentally the same. Seems saner to me than introducing a bonus point for the bulls-eye.

Well that sucked. We lost to Kyle Smith, and came home at 2-3 for the weekend. Not a horrible showing, but short of the money.
Next up, Ottawa at the RCMP curling club in a few weeks.

Posted by Mike Fournier at 1:08 AM No comments: