Warning: not a curling blog!

Christmas Blog
Well, the regionals are done, and the field is set for the Quebec Provincial Championship, set for Jan 8-15 in Lévis, Quebec.
While I will surely be writing my annual preview over the holidays, I am going off the topic of curling for a holiday message this year.

Curling has allowed me to meet a lot of people from all over the country. I have had the great pleasure of curling at 3 National championships, and have played bonspiels pretty much everywhere. Like most competitive curlers, Social Media (Facebook and Twitter) has allowed me to keep in contact – even if only to see the occasional update, with lots of friends and acquaintances from all over the country.

But as a frequent user of Social Media, let me tell you that 2016 sucked.

I have been reflecting a lot lately on how I use social media – especially in the wake of the US election. I have realized that I have a good cross-section of friends from across the political spectrum. I have a lot of liberal/environmental/left-leaning friends, who often post links to their favorite late-night comedian making fun of the right. Or prior to last fall they posted stories about how evil Stephen Harper is, how he is destroying the environment, putting an end to scientific thought and trashing democracy.

And I have a lot of friends on the right, who are publishing links to stories about how stupid Trudeau is, and how Rachel Notley and Kathleen Wynne are single-handedly destroying the respective economies of Ontario and Alberta.

And that is the Canadian example, imagine my US friends!!! Trump vs. Clinton could not be a more polarizing choice, and it brought out the worst in everyone. And yet, people on both sides were absolutely convinced that their view was the one right choice, and their cause was the most noble.

Inevitably, every social media post I read is addressed to members of one tribe. The left writes almost exclusively for left-leaning thinkers, and the right writes for the conservative crowd. Twitter serves to fuel the fire – with 140 characters of why-I-am-right-and-you-are-wrong.

I must say, this makes me very uncomfortable. I find myself nowhere near the extremes on a number of issues, perhaps leaning a bit more left than right. Yes, I would definitely have chosen Hillary vs. Trump, and voted I Liberal last election. But have voted PC in the past, and I do sway to the right on a number of fiscal issues


But I see nuance in everything. There are very few issues that I cannot argue compellingly from both sides. For example:


These are just a few examples. The fact is there is nuance in just about every argument that you can make. But nuance does not live in the cute memes, or deliberately biased stories that fill my Facebook and Twitter pages.

So what is the harm of this?


So here is my internet/social media pledge for next year:

Let me reassure you that there is hope.

There are writers and pundits on both sides that are able to argue a point respectfully. that are able to write in a voice that can and should be heard by both sides.
The internet is full of intelligent, balanced discussion. If you are making a respectful argument - please share it. If you find somebody is making a compelling argument - for either side - please share!
Read people who write for established media outlets. I am a fan of newspapers - either the paper version or their on-line platforms. And don't just read one.

I promise to judge you by whose views you choose to share - so think about it.


I pledge to not add more garbage to the dumpster fire.  Join me!


Happy Holidays everyone.
Posted by Mike Fournier at 4:59 PM 1 comment:

Mustard Yellow couches and other suff

As we approach the holidays –that magical time of year when competitive curlers try to reintroduce themselves into their family lives from which they have been absent for a few months (“Uhh kids – this is your Dad. Do you remember him from last summer?”), I thought I would give you all a quick recap of what has been going on the Quebec competitive curling scene.

First of all, I made money at Charlevoix. Wait – let me repeat that- I MADE MONEY AT CHARLEVOIX. Charlevoix has been sucking cash and time away from me for over a decade now – but this year was different. We qualified A-Side by beating the Chinese National team in the A-Qualifier – before losing a tough Quarter Final to my man-crush Greg Balsdon.

So to summarize 2016:  Trump wins the presidency, the Cubs won the World Series and Fournier makes money in Charlevoix – all proving that the end of the world must be right around the corner.

On a side-note, playing the Chinese National team is fun – they travel with their coach (multiple Brier winner Marcel Roque), a trainer, a nutritionist, a translator, an animal handler, a massage therapist, a court jester and a team of actual minions. Seriously – they are a very good team and seem like nice guys although post-game conversation is pretty minimalist.
Quebec teams did not fare particularly well this year, with the final featuring 2 teams from the Maritimes.

The week before Charlevoix we made the semi-finals on our curling road-trip adventure in Halifax. The highlight of the weekend was clearly being web-streamed live in the B-Qualifier against Chad Stevens. The local TV crew apparently tried to be as little-informed as possible about the teams that they were commenting on. So according to the live commentary team - I was Michel Fournier – a French-speaking transplanted toe-tucker from Manitoba (?!?) who was curling with a 14-year old that I picked up in a windowless-van while driving through Quebec.  I am only sad that I can’t find a replay of the game on Youtube.

We ended up losing the semi-final to Jamie Murphy, arguably the best team in Nova Scotia. Nova Scotia now features a couple of strong teams that might be able to get through relegation and back into the Brier this year; Murphy has played well this year and so has Stuart Thompson – who managed to win in Charlevoix.

BTW - driving 12 hours to play a curling tournament is a bit crazy.

So our season has been going pretty well so far. We have put a few bucks in the team bank account – we won a tournament and are qualified for Quebec Provincials January 7-14 in Levis (the city, not the jeans).  So now we practice!

Eight teams have already qualified for Quebec Provincials through dollars won (and the Circuit Finals): Fournier, Ménard, Ferland, Roy, Morisette, Martel, Chartrand and Munroe. The remaining 6 spots will be filled next week in regional playdowns.

I have heard some grumbling from teams saying that some teams earned their spot by winning cash in low-quality regional events as opposed to playing in elite-level cashspiels. To those who complain – I say TOO BAD. The fact is, if you want to go out and play in every single event you can find to win every last dollar possible, I say you have earned your spot at provincials. However, I do believe that to WIN provincials, you need to have experience playing against the best in the game at higher-level events – but if you think it is easy to win lots of cash playing on opens on club ice week in and week out, then I suggest you give it a try. None of the teams qualified this year do not deserve their spot. Winning opens is tough.
The system has been changed slightly for next season, with 3 spots being decided by CTRS (Canadian Team Ranking System) points and three spots for leading money winners. I do not think this will change much, as the leading CTRS teams are also usually the leading money winners. But the current 14-team format seems to be able to ensure that most serious teams end up at provincials, and there are some spots for regional and lesser-known teams to make it to provincials anyway and earn some experience and motivation for the future.
***

I am amazed at how streaky elite level competitive curling is. Right now, Reid Caruthers is on a crazy streak of red-hot curling. They cannot lose. They are beating everyone in competitive curling. They won the Canada Cup to earn an Olympic Qualifier spot, and as I write this they are poised to win a Grand Slam in the Soo.
It seems there is always a hot team – that varies from season to season. A few years back it was Jacobs who could not lose, then McEwen, , then Gushue, then Koe, then Epping, then Edin, now Caruthers. The top teams seem to take turns at being red hot. The team winning each week on tour is the team who’s skip/3rd are most on fire.
This makes it hard to predict who will win the Olympic Qualifier next winter, as all of the teams listed have shown themselves capable of going on a streak of insane curling.
I must say that the Mustard-Yellow pads have made the games more fun to watch – it is within the realm of the possible that teams miss every so often! 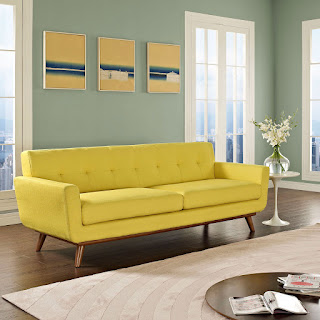 It’s not terribly effective or comfortable, but everyone can usually agree where to sit on it!
Posted by Mike Fournier at 10:46 AM No comments: