Why does my hotel room smell like a wet dog?

It was a big week in Quebec curling this week - with the Casino Lac Leamy Challenge held in Buckingham this past weekend.

Jean Michel Ménard won the spiel in dramatic fashion, stealing 2 in 8 and one in the extra end to snatch victory away from Brad Jacobs.
I was not there, but in general when I have given up steal of 2 in the last end - it was usually that my team screwed up as opposed to the other team making brilliant shots. But wow - pretty impressive comeback nonetheless.

How did we do? Lost the C-qualifier after playing some pretty good curling.
For those who do not know - losing the C-qualifier is the shittiest game to lose in curling (apart from a provincial final). The C-qualifier is the last game before you make money, which means you spent as much time as possible in hotels and out of town without winning anything. We lost to Rob Rumfeldt, one of the hotter teams in Ontario this season.

Speaking of hotels...we stayed at the luxurious Hotel du Parc in Buckingham. I believe we were the only customers of the hotel not driving an 18-wheeler.
The exquisite odour as we entered our rooms was reminiscent of wet dog. I am thinking that a wet dog might have in fact been part of the cleaning staff.
There was a $20 deposit in order to get a TV remote - but as an added feature our remote actually changed the channels in the other rooms of the hotel as well.
But it was cheap.
So for those of you who think the life of a tour curler is all swimming pools and luxury hotels - THINK AGAIN!!! (Although I am guessing not a lot of people thought that in the first place)
Here is our room:

Oh well, it will make us appreciate the Manoir Richelieu even more.

Speaking of hot teams...Mike McEwen won in Winnipeg this week, making him the new #1 ranked team in the world, unseating Kevin Martin who has been in the #1 position for as long as I can remember.
I am waiting to hear if Mike and team will be back in Charlevoix to defend their title again this year...

We received our draw for the SunLife Classic in Brantford Ontario in November.
We start against none other than K-Mart himself, the illustrious Olympic gold-medallist Kevin Martin. The field at this spiel is ridiculous, with most of the top 10 teams in Canada in attendance. Should be a blast.
Hopefully we can start off well in a game surely to be billed by organizers as "the Battle of the Baldies". My only goal is to get a shout-out from TheFakeKevinMartin on Twitter.


BATTLE OF THE BALDIES: 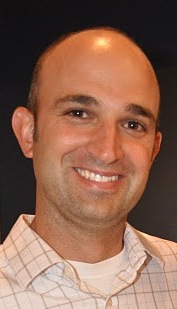 ***
The women's final in Gatineau was also eventful, with MF Larouche losing to Jenn Hanna. Again, I was not there, but Hanna took 3 in 7 and stole 8 for the win. Ouch.
Without seeing the game, I am guessing that team Larouche (along with Brad Jacobs) will be practicing peels this week...

***
Next week I will talk about the upcoming Circuit Provincial Finals - played at my home club of Glenmore Nov 10-13.
Posted by Mike Fournier at 3:43 PM