Very happy today! I will be returning to a National Championship!

My team – namely Alanna Routledge, Mikey Kennedy and Joëlle St-Hilaire won the Mixed Provincial Championship at TMR Curling club this past weekend. We beat Tom Wharry in the semis, and then snuck by Phil Lemay in the finals in what could best be described as an unusual game.


My last trip to a National Curling Championship was some 15 years ago, playing 2nd on a mixed team skipped by none other than Guy Hemmings.
How long ago was it? Well, to give you an idea, 15 years ago:
- The internet was really only for nerds
- My 2nd (Mike K) had not even taken up curling yet. (Although he says he had already gotten the drinking part down). I was actually at Lachine CC the day he and 3 of his drunken buddies stumbled into the club and said “We wanna curl!”
- TSN actually covered the Mixed on TV (the semis and finals at least)
- Princess Diana was still alive
- Jonathan Mead, Kevin Koe, Mike Fournier, and the sweeping tools we used all had hair.
- AMJ Campbell Van Lines launches its exciting new commercial featuring Russ Howard!
- My lead and 3rd were starting 1st Grade.
- The Korean Women’s Team from the Worlds were not born. (Or at least they look that young)
- People went to Dunkin Donuts, not Tim Horton’s.
- Only cool people had a cell phone – text messages came from Western Union.
- “Google” was the term used for trying to sneak a peek under a girl’s curling kilt when she bent down to call sweeping, and if you saw something good you would say “Yahoo”.  (I hadn't yet met my wife!). As in "I googled Marylin Bodough when she was making that sweeping call, and Yahoo!".


It certainly does seem like a long time ago.
So where do we get to travel to for our National Championship? TMR. About a 20 minute drive from my house (no traffic).
Actually – I think it will be very cool to be the home team at Nationals; we will get to introduce curlers from all over the country to Montreal delicacies such as Smoked Meat, Poutine and Chez Parée. Should be an awesome week – and amazingly the finals fall on the day of my birthday!

***
Some random observations from the Women’s World Championships:
- Was impressed by the level of play in the final – watched the last 3-4 ends of Sweden-Switzerland, and saw some brilliant shot-making. Mirjam Ott still looks seriously freaky when she throws a stone, but she’s got game.
- I like watching Heather Nedohin on TV for the same reason I like watching NASCAR; you never know when there will be a crash. She made some seriously weird calls. It’s amazing how roles have reversed – 10 years ago Canadian Women were always seen as by far the best curling strategists in the world, now they look weak compared to Sweden, Scotland and Switzerland.
- The Korean team was pretty good for a bunch of 12 year olds.
- The Ford on the ice looked too realistic. It looked like there was a car parked on the ice. Glad I do not have a 3D TV.
- Eve Muirhead might have missed playoffs, but she is still smokin’ hot.
Oh - and someone posted this pic of the Swiss 3rd, Carmen Schaefer this morning. I think I will Google her, and then say "Yahoo"! 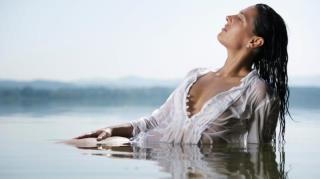 ***
Kurling For Kids:
I have very little curling left this season – all of one game left in the club. But this Saturday I am playing in Kurling for Kids.
Kurling for Kids is a fundraising curling day that raises money for Montreal area Children’s hospitals – a very worthy cause. So here is your chance to show me how much you loved reading my blog this season – throw a few bucks to a worthy cause through the website – or if you prefer e-mail me directly to buy some Kurling for Kids raffle tickets (the prizes this year are awesome: trips to Hawaii, iPads, KLM passes). All donations get either a tax receipt or a "Thank You" raffle ticket ($5 gets you one raffle ticket, $20 gets you 7).
It’s for the kids!!! Be generous!!! Here is the link to sponsor my team. Anything helps!!!
Kurling for Kids - Sponsor Team Awesome!!!
Thanks!!!
Posted by Mike Fournier at 4:33 PM