This week my illustrious ex-third Alanna Routledge shared a photo from our 2012 Mixed Nationals that reminded me just how much I miss curling. (And reminded me of that unfortunate trend to wear crazy pants) 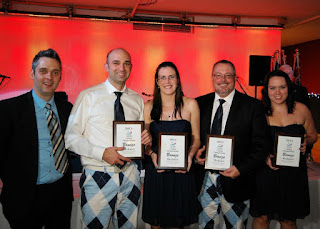 This was Mixed Nationals in Montreal, which honestly still ranks as one of the top weeks of my curling life. It was an absolute blast from start to finish, and reminded me of what I cherish deeply about the sport. It was competitive, but it was social. I feel like I have friends from across the country because of that week. It was inclusive. It was immersive. Thinking about it still makes me smile.

It has also reminded me of how much I miss curling. I have done nothing but practice since March, as spiel after spiel has fallen victim to this damn pandemic. I get it, and I know it will end someday.

I have also been relatively quiet on the blog lately, much in the way you don’t want to pull off a band-aid on a wound that you know is still festering, I have not wanted to think about all that I am missing so much. Yes, I have been practicing – a lot - but without any tournaments to play in it feels like going to the driving range without the feeling of ever getting out on the golf course.

But this week has brought news: news of 2021 Brier! (and a Scotties and a Mixed Doubles, and some Slams). Curling Canada has pulled a rabbit out from their hats, and created a Season of Champions to be held in March in what will be a Calgary Bubble, at the Olympic site.

This is honestly an impressive feet. Curling is not the NHL or the NBA. While I am sure the potential of sellable TV content is appealing, the cost of running something like this, both in dollars and coordination is immense. I am honestly blown away that CC has been able to pull this off. Big kudos to the folks at Curling Canada.

Of course, this will not come without controversy.

The first question of course will be how to pick the teams that will attend. With curling shut down in all but a few provinces, how will provincial associations be able to run events to select a champion? For sure, many provinces will find themselves unable to hold a provincial championship, so they will be in the unenviable position of having to pick a winner to send into the bubble.

So how do you decide how to pick a team to go to the Brier? I see three possible models:

2) A beauty contest: You line up your teams, and you have some appointed judges pick a winner. I guess the trick is in appointing the right judges.

3) American Idol:  Have some sort of vote, presumably of the players and/or curling associations to decide. Let the people decide!

So solution 1 is pretty clear cut, but presents problems when last year’s winning team is no longer curling together (as is the case in the Quebec Women’s scene). Also, if last year's winner was an upset, many of the provincial favorites will be left out.

Solution 2 and 3 become problematic due to politics.

Either way, teams will have to lobby to get to the Brier. This is a new skill set for many teams, who used to try to get to the Brier by actually practicing and getting better at curling. I don't remember a chapter on lobbying for support in my copy of “Curling to Win”. In option 3, you would have to pander for votes, and cries of "Voter Fraud" from south of the border might make their way north.

Either way, this will be messy, and controversial. I think making this work will require acceptance of the fact that these are all crappy solutions, and eventually we will have to go with the least crappy one.

I sincerely hope the pandemic eases up and we get to play in some form of a limited provincial. Those who know me know how much I value a trip to the Brier. I am a purist, a lover of the sport, so there is something about giving anyone a free pass for what I have worked so hard towards in the past just feels wrong.

However, if in Quebec it comes down to Option 2 (the Beauty Contest), then Team Fournier will sport our swimsuits and walk the runway in hopes of getting the judges to give us the Team Quebec tiara! Wish us luck, or “happy lobbying”, I guess.

Of course Warren Hansen has already suggested that the Brier seize this opportunity to “evolve” into the Canada Cup, inviting only the top 10 ranked CTRS teams. I guess I am a bit (okay - a lot) biased here, but what a crappy idea.

I have been listening to Kevin Martin and Warren Hansen’s podcast a bit.  I can tell you that I hold a great deal of reverence and respect for both of these gentlemen. Kevin is the originator of the Slams and was the main guy behind the players tour. Warren is one of the fathers of the move to the Olympics and the Season of Champions, and both have helped develop and grow the sport around the World. I also do not question their intentions; I think they both believe that what they are pushing for is in the best interest of “the game”. I just do not agree with what they propose as the next evolutionary steps for our game.

They both talk about the Brier being “broken” and the need for it to change. And they are not completely wrong. The current format creates problems due to its inclusiveness: there are too many teams that do not stand a chance. The Province-based approach to the Brier no longer reflects the reality of the Uber-teams that combine stars from multiple provinces together. But how do we fix it?

I guess my beef with their approach is that it always seems to focus on the few. It looks to identify the best curlers, tag them and then make the system work for them, and them alone. I get this approach, I just do not agree with it.  I see this model across other sports, from kids hockey and soccer, to education. It goes like this: Let’s try to make the game better by improving those at the top of the pyramid. Those who devote the time and have the talent deserve to reap the benefits, and for the rest we will create a Tier B championship. Their solution is to have a Brier for the Top 10 teams in the country, because that is what the people want to see.  (although I am not sure who these “people” are).

Basically, this is the “trickle-down economics” theory about how to grow curling. Throw money and coaching at the elite curlers, and the benefits will trickle-down to grow the sport of curling for all. However, much like trickle-down economics, this has not really worked out well for anyone except the elite. “Tier 2”  competitive curling has all but died in Canada, and participation in pretty much all competitive levels is now just a fraction of what it was 20 years ago. Yes, the best have gotten better, but a small handful of pro teams receive the lion’s share of the rewards. Competitive Curling outside of the Slams has just about died – and Covid surely will not help.

I believe in building the base. The more we have teams across the country who get exposure at a National level, the more the sport can grow. How would excluding New Brunswick, Nova Scotia, Quebec, BC, PEI, and the Territories from the Brier help grow the game in these places? Have we just given up, and relegated ourselves to the eventual end of regional presence at the Brier? Will the Brier work if it becomes just an 8th Slam?

By no means is this easy. There are no quick solutions.

I just hope the Pandemic is not the excuse used to transform the mighty Brier into just another Slam.

Posted by Mike Fournier at 6:27 PM